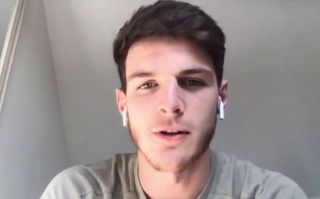 Declan Rice has opened up on the disappointment of being released by Chelsea at the age of 14 prior to getting his break with West Ham Utd.

The 21-year-old joined the Hammers in 2014 and has since gone on to make over 100 appearances for the senior side as he has shown his quality.

However, he had to show character and belief in his own ability at a young age, as he reveals in the video below how he had to overcome the ‘massive disappointment’ of being released by Chelsea as a youngster.

Rice arguably still looks and sounds quite disappointed by that decision, and the Metro reported earlier this month how he conceded that he would love to play alongside long-time friend Mason Mount at club level again.

A return to Chelsea looks incredibly unlikely at this stage having established himself as a key figure at rivals West Ham, but credit to Rice for still managing to kick on and realise his dream and potential after suffering what would have been a devastating setback at that age.

"I had to get over the disappointment of being released by Chelsea at 14"@_DeclanRice joins @fennerstweets and @jimmybullard as @SoccerAM returns this morning!

? Watch Soccer AM on Sky Sports PL from 10am pic.twitter.com/MnlNKOb1x0