According to Spanish outlet Mundo Deportivo, with Juventus expressing an interest for Barcelona midfielder Arthur, the Blaugrana could secure defender Matthijs de Ligt in a possible swap deal.

Mundo Deportivo (MD) suggest that the next transfer window could involve many player exchange transfers due to the financial losses that clubs will incur as a result to the Coronavirus pandemic.

It’s claimed that Juventus boss Maurizio Sarri is a keen admirer of Arthur, and Barcelona’s reluctance to part with the Brazilian could see the La Liga champions demand De Ligt in return.

The report adds that the Catalan outfit were interested in signing the Dutchman last summer, but the centre-back ultimately joined the ‘Old Lady’ for a higher salary and the prospect of being a starter.

De Ligt though has experienced a mixed debut season with the Turin outfit, the 20-year-old has made 27 appearances and MD suggest that the defender is paying close attention to the negotiations between the two clubs, with the ace not willing to rule out a move to Catalonia. 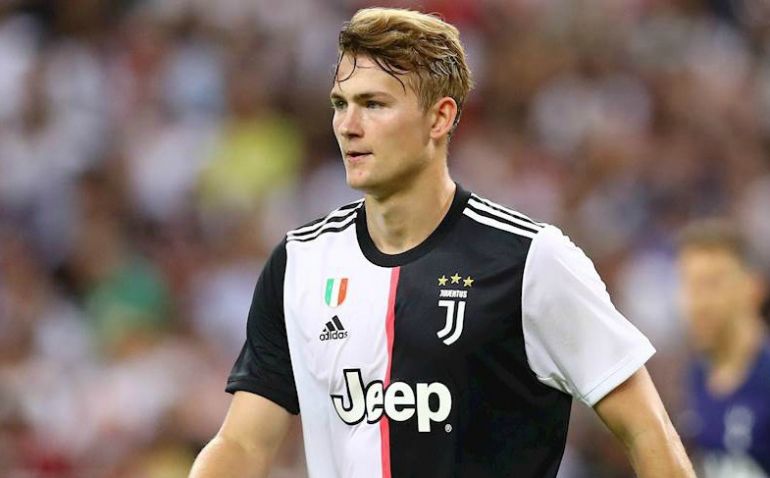 Quique Setien’s side are in serious need of bolstering their options at centre-back this summer. Gerard Pique’s position at the heart of Barcelona’s defence is the only one that is ‘untouchable’, as per MD.

Clement Lenglet wasn’t as solid last season as he was the campaign before and Samuel Umtiti’s injury problems make him a risky option for the La Liga giants to rely on.

De Ligt had just began to settle at Juventus before the Coronavirus pandemic began to cripple the world.

Just as the Dutch international begins to find his feet in Italy, it appears as though the ace’s name is featuring prominently in transfer speculation.

De Ligt would perhaps find it easy to settle were he to move to Barcelona, as he would be reunited with former Ajax teammate Frenkie de Jong – who is playing a key role for the Catalan outfit.