According to Spanish newspaper AS, PSG would rather let Mbappe rot in the reserves for a year and leave as a free agent, instead of letting Real Madrid sign the Frenchman for a significant fee. The report suggests that he absolutely wants to play at Real Madrid.

Mbappe has, from a young age, had Real Madrid posters in his room. Zinedine Zidane, the Real Madrid manager and legend, was one of his idols as a child. He once told MARCA: “If you’re a kid and you’re French, your idol is Zidane.” 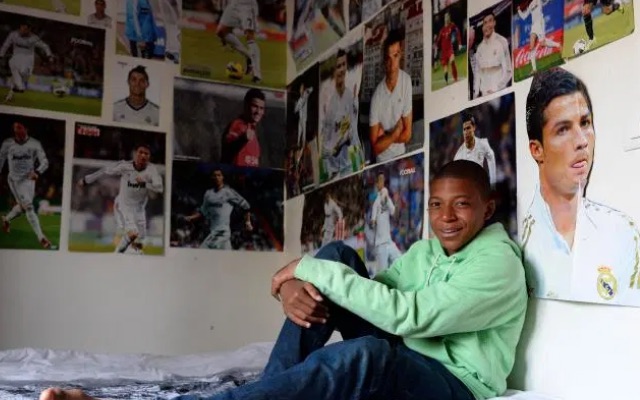 Real Madrid have been linked with the World Cup winner for some time. The Sun quoted the Real boss as saying in November: “At the moment he plays for Paris Saint-Germain, we’ll see in the future if that changes. I know he always said his dream is to play for Real Madrid.”

“He is the best young French player, a world champion, and one of the best in the world. This is not the time to try to unsettle him. It is time to stop. He still has two and a half years on his contract with us.

“Mbappe is going to stay, one hundred percent.”

Leonardo may be certain Mbappe is not leaving Le Parc Des Princes, but according to AS, he is unsettled and is looking for a way out, while his family are said to be displeased by PSG’s stance.

Mbappe has lashed out at being substituted many times; this may also have provoked some of his unhappiness.

The French club’s stubbornness could cost them hundreds of millions. This uncompromising rebuff to Los Blancos’ approaches for the wonderkid could significantly harm PSG’s finances for years to come. After consecutive years of domestic dominance in France, Thomas Tuchel’s team are surely aiming to gain silverware in European competitions. The money from Mbappe leaving would surely free up funds for some excellent signings that could help achieve their ambitions.

With a world-class player not being played, and being unhappy, no one will benefit from this stubborn tactical move.