Cristiano Ronaldo may have departed Manchester United 11 years ago, but it seems he’s still idolised amongst the club’s players.

United players Diogo Dalot and Andreas Pereira have been praising Ronaldo as an inspiration who still guides their game.

Ronaldo played for the Red Devils from 2003-2009 and had a phenomenal record. In 292 appearances, the Portuguese forward scored 118 goals. Not only was he a goalscoring machine – his flair was a revelation for football fans across the world.

At 35 years old, Ronaldo is still racking up the goals – for Maurizio Sarri’s Juventus.

Despite deciding to leave Alex Ferguson’s side, Ronaldo is still adored by many Manchester United fans. After all, his incredible performances guided United to three consecutive Premier League titles and one Champions League. 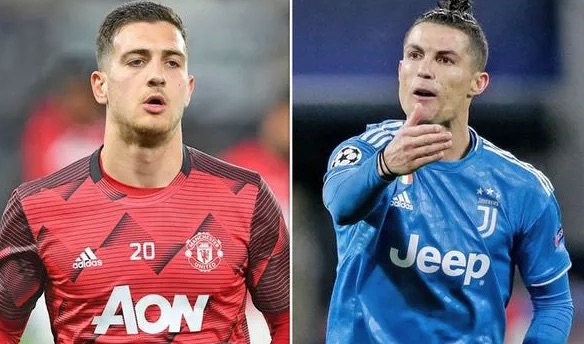 Diogo Dalot says his compatriot’s presence at Old Trafford hasn’t disappeared. In an interview with Eleven Sports, via O Jogo, Dalot said: “Cristiano still weighs a lot at Manchester United. For everything he did at the club, it is natural that it is so.”

The 21-year-old full-back aspires to kick a ball in the Portuguese national team alongside Ronaldo. He feels that he has to impress soon if he wants to achieve this ambition.

Dalot added: “I dream of playing alongside Cristiano Ronaldo. It would be a great achievement for me to share the dressing room with him, because he has always been my biggest reference.

“I have to work a little more because he won’t last forever!”

Fellow United player Pereira also idolises Ronaldo. The attacking-midfielder has shared that he had three footballing heroes when he was growing up – and Ronaldo was one of them, along with Kaka and Ronaldinho. The 24-year-old Brazillian says he modelled his own flair and dribbling on the three-time Ballon d’Or winner.

“I always looked up to Ronaldo, Cristiano Ronaldo because he was for me the ideal footballer,” Pereira told the official club website.

“He was at United, he had an unbelievable shot, his skills, he was fast, so the complete player. I always try to do the same things on the pitch like him.

“I practise my shot and my free-kicks because of him. I started to play football and when I understand a bit more I looked at his style of play.”