It is no secret that United have fancied the transfer of Borussia Dortmund’s Sancho. This week The Express reported that funds from selling Paul Pogba could go towards signing Sancho.

For a while now, the England international been impressing several clubs with his performances. Sancho has scored 14 goals in 23 Bundesliga appearances in 2019-20, his best-ever tally in one season. The 20-year-old winger has also registered 15 assists for his team-mates, leaving him with an astonishing record of a goal or assist every 62.3 minutes in the league.

In this podcast, 41-year-old Ferdinand said: “I’d definitely buy Sancho. Can you imagine Sancho in that team? He draws two or three players to him and [Marcus] Rashford’s playing one-v-one? Oh God, it’s over.”

The 6-time Premier League winner has identified where Man United need to look for improvements. Despite the financial damage Coronavirus will do to Solksjaer’s transfer budget, there will still presumably be enough to complete some significant signings.

Listing six potential signings, Ferdinand also mentioned that he admires Atletico Madrid’s midfielders: “I would maybe go and get Partey from Atletico Madrid or [Wilfred] Ndidi from Leicester. I like Saul Niguez, he’s a very, very good player in midfield. And I do still think they need a centre-back.” 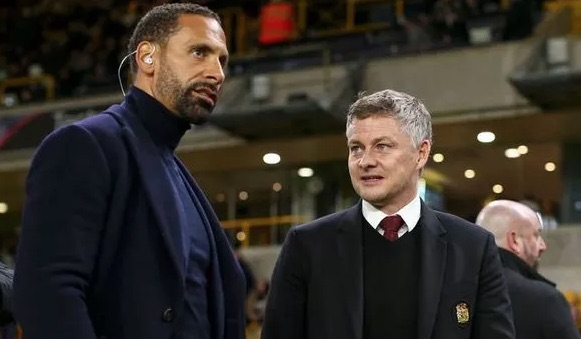 Ferdinand added: “Whether you go for a young one, like Ben Godfrey, or go for someone like [Kalidou] Koulibaly, I don’t know, it’s difficult.”