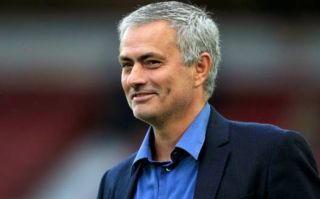 Every once in a while a generational talent comes along that redefines football as we know it, and Jose Mourinho, never backwards in coming forwards with an opinion, has named a Barcelona legend as the best player he has ever seen.

It might come as a surprise that the Portuguese didn’t choose Cristiano Ronaldo, whom he managed whilst at Real Madrid, but nor did he choose Lionel Messi. The player that Mourinho believes is the best to have ever played the game is Ronaldo ‘El Fenomino’ Nazario.

“When I was in Barcelona with Bobby Robson, I realised that Ronaldo was the best player I have ever seen in my life,” he said in an interview with Live Score and cited by Mundo Deportivo

“Ronaldo, the phenomenon. Cristiano and Leo Messi had longer careers, they stayed on top every day for 15 years. But if we talk strictly about talent and ability, nobody beats the Brazilian.

“[…] The talent that the 19-year-old had was something incredible.”

Though the Brazilian went on to enjoy a stellar career at Real Madrid, his season at Barcelona will surely never be forgotten. Having scored 34 goals in 37 La Liga games during the 1996/97 season, it’s no wonder that Mourinho was impressed.