A surprise report claims Pierre-Emerick Aubameyang has decided to make a sharp U-turn on his future and sign a new contract with Arsenal.

The Gabon international’s future had been in major doubt at the Emirates Stadium as he approached the final year of his contract with the Gunners.

It may still be that Aubameyang leaves Arsenal, with the likes of Manchester United, Chelsea, Barcelona and Inter Milan reportedly queuing up for his signature, but AFC also seem to have been given some hope of keeping their top scorer.

According to Sport, the 30-year-old looked close to leaving the club but has is now expected to put pen to paper on a new deal… 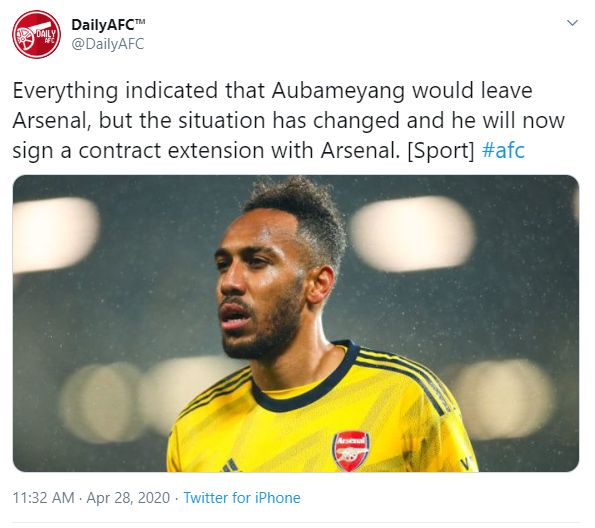 If this proves accurate, it is a huge and much-needed boost for Arsenal, who could really have done without losing such an important player after this difficult season.

Still, there’s only one source reporting this surprise turnaround so far, so it’s worth keeping an eye out for the latest transfer gossip to see if any further developments emerge.