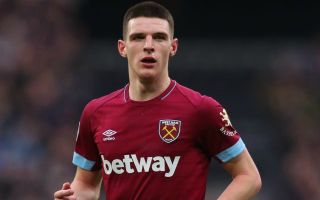 Most of the transfer stories in recent weeks have been about clubs looking to raise what they can by selling off their fringe players, so it sounds like some players could be available for cheap.

According to a report from The Daily Mail, that certainly isn’t the case with West Ham’s Declan Rice, as they appear to have given an old fashioned hands off warning to Chelsea.

It’s suggested that Chelsea are looking to bring Rice back to Stamford Bridge after they released him as a youngster, with a fee of around £70m being touted at one point.

That no longer seems to be the case, after the report went on to say that West Ham would  reject any approach that comes in.

In the end it might come down to what Rice wants, as it rarely works out well when a player is forced to stay once they decide they want to move. 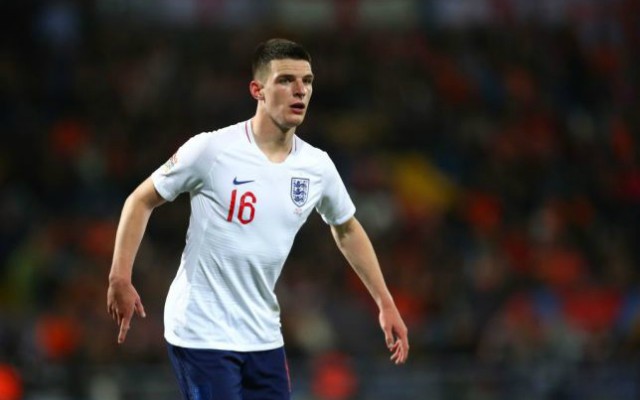 Rice in action for England

It might also raise questions about Chelsea’s approach to their young players, but it’s a hard one to argue either way. Of course it’s not great to pay a lot of money to sign someone you let go for free, but there’s also no guarantee he would have developed as well if he stayed.

It might be a story that resurfaces a lot over the Summer, but it sounds like West Ham are standing firm for now.