It is with great sadness that CaughtOffside have learned of the death of former Man City and Liverpool player, Michael Robinson.

The 61-year-old was diagnosed with skin cancer back in 2018, per BBC, but despite his diagnosis, he continued his work as a match commentator for Movistar + and Cadena SER.

A very highly-skilled and well thought of broadcaster and pundit, Robinson’s career flourished in Spain after his playing days were over.

Even as recently as last week, Robinson, who also turned out for Preston, Queens Park Rangers, Osasuna and, most notably, Brighton and Hove Albion, was forced to deny that he had died, per AS.

Sadly, he was unable to beat the disease, and succumbed to it on Tuesday morning. Many of those who had worked alongside him, or admired his work from afar, took to social media in the aftermath of the announcement to express their sorrow and grief.

Extremely sad news. After finishing his playing career with Osasuna in the late 1980s, Michael went on to become a hugely popular analyst on Spanish television. RIP. https://t.co/5tzFGcRxHB

Incredibly sad. Michael Robinson is probably my favourite co commentator ever – the perfect combo of knowledge, knowing when to speak and when not, and unique delivery. Beyond that a wonderful ambassador for how to move abroad and integrate. Terrible news https://t.co/m9c58y69dV

Awful news – hard to do justice to just how well-known and liked he was here in Spain across the country.

He was commentating right until the final games before the lockdown. https://t.co/a4HL0eH7qV

Such an inspirational man on so many levels. Incredibly sad news. https://t.co/h1IjVR4QXV 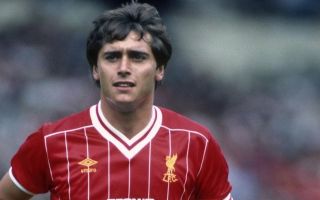