Manchester United have reportedly moved ahead of Arsenal in the running to seal the transfer of Thomas Partey.

The Atletico Madrid midfielder is widely reported to be edging towards a move away from his current club, and latest reliable info suggests he is eager to join Man Utd. 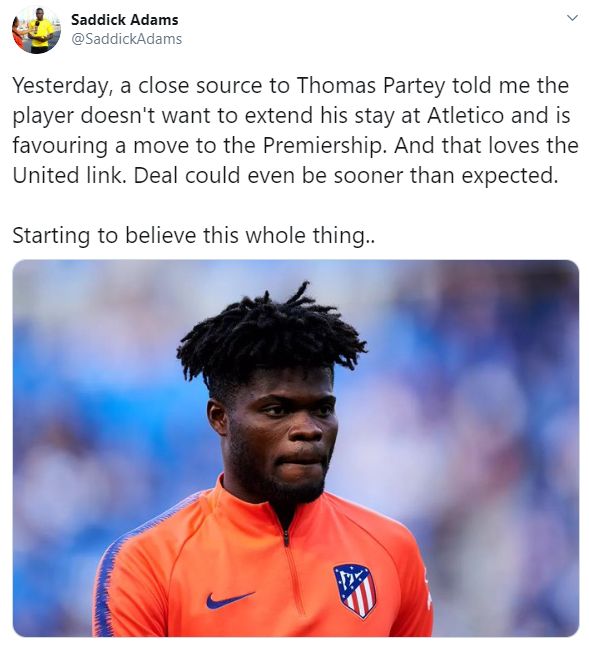 Arsenal have also been linked with the 26-year-old, but this suggests he’d favour a move to Old Trafford over the Emirates Stadium.

Partey would be a hugely important signing for the Red Devils, who could do with upgrades on the likes of Nemanja Matic, Scott McTominay and Fred.

Partey looks the real deal and like he’d be perfect for Premier League football, with his release clause also a bargain £43million.