Manchester United could be one of the clubs to benefit if Barcelona follow some of their players’ wishes regarding Philippe Coutinho and Ousmane Dembele.

The Red Devils, along with Arsenal, were recently linked with Dembele by Sport, and it now seems Barca stars would rather the French flop was sold instead of Coutinho, according to The Athletic.

While it clearly hasn’t worked out for the France international at Barcelona, it’s easy to see why a big name like Man Utd could be interested in giving him another chance, so it’s intriguing from a MUFC point of view that the Catalan giants could be pushed to offload him instead of Coutinho.

This could be a blow for Chelsea, however, who have been strongly linked with the Brazil international by Sport. 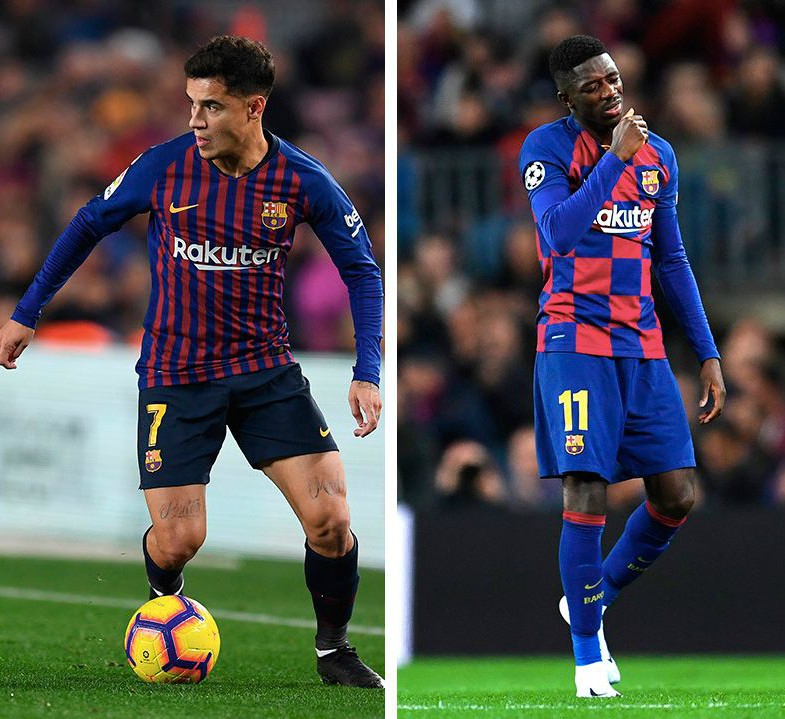 Philippe Coutinho and Ousmane Dembele have both struggled at Barcelona

Coutinho is another big name who’s struggled at Barcelona but who could be worth a gamble on as he’d make an ideal Eden Hazard replacement at Stamford Bridge.

Still, The Athletic suggest there’s some uncertainty over the player, who could well end up staying at the club.