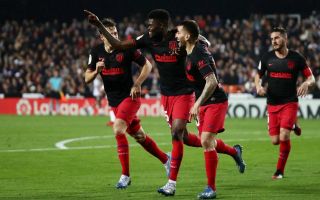 Arsenal have reportedly got a strong interest in the potential transfer of Atletico Madrid midfielder Thomas Partey, according to Gianluca Di Marzio.

Speaking to Sky Sports, the Italian transfer expert explained that the Gunners want Partey a lot, and that Atletico could be ready to sell as all of their players are on the market for the right price.

Diego Simeone has had to deal with selling a number of star names during his time with Atletico, having notably lost the likes of Diego Costa and Filipe Luis to Chelsea a few years ago, while Antoine Griezmann left for Barcelona last summer.

Partey could be the next big name to leave the Spanish giants, with the Daily Express recently reporting on Arsenal’s links with him and stating that he has a release clause worth £43million.

Di Marzio has given his take on the situation, and it sounds encouraging for Arsenal, who could really do with a midfield signing of this quality to boost their top four hopes for next season.

He said: “Arsenal want him a lot. Every Atletico Madrid player is in the market. So, it depends a lot on the offer. Atletico are open to selling every player if the offer is good.

“It also depends on budget – how much Arsenal can afford? And how much Atletico want?

Thomas Partey is a transfer target for Arsenal

“Atletico will want money, so it is difficult to see them doing a deal involving other players as part of it.

“They are very smart when it comes to doing deals and it will not be a surprise if Thomas Partey was to stay.

“He is young, he is not like Diego Costa, and they can sell him next year if they want or even in two years’ time.

“So they are in control.”

“Would take us to the next level” – These Arsenal fans urge Arteta to sign Partey despite impressive performance from outcast September 12, 2020 14:14
Arsenal FC 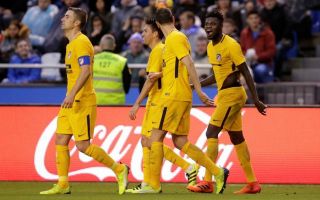