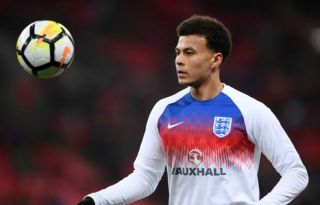 The next time that Dele Alli and Harry Maguire meet up for international duty could see an interesting discussion, after the Tottenham midfielder accused his Man United counterpart of lying.

As part of a challenge whilst the coronavirus pandemic has ensured that the populace have to stay in lockdown, Premier League players have been posting their times of how long it’s taken them to run 5k, according to the Daily Star.

During a chat with Rio Ferdinand for Copa90 and cited by the Daily Star, Alli called out Maguire for faking his time.

“You guys have got to clear this up for me because I hear a few people have been telling lies”, Ferdinand said. “Phil Neville got caught out with a time. Harry Maguire as well, I heard, has been caught out with his time. Barkley… Barkley done a world-record, bruv!

“I don’t know but the time that he (Maguire) put in got found out to be wrong.”

In response, Alli noted: “If that’s anything below 25 minutes it’s a lie. He’s got so much weight to carry!”

It’s believed that banter between team-mates is one of the core ingredients for a successful dressing room, with a litany of pranks being part and parcel of life as a professional in a squad of 25 players.

Maguire will surely take Alli’s words with a pinch of salt and the manner in which they were intended, but jibes about his weight may also not sit well with the United man.