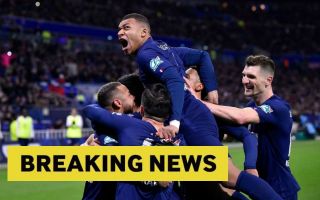 Paris Saint-Germain have been crowned Ligue 1 champions despite the 2019/20 season being ended early due to the coronavirus crisis.

It was recently announced that there would be no sport played in France until August at least, putting an end to both Ligue 1 and Ligue 2.

Still, PSG have picked up yet another league title anyway due to being 12 points clear at the top of the table at the time the season had to be put to a halt.

This has been confirmed in the tweet below from journalist Jonathan Johnson, and it will surely come as encouraging news for Liverpool fans…

Jurgen Klopp’s side are currently top of the Premier League, needing just two wins from their remaining nine games to be confirmed as champions for the first time in 30 years.

It’s hard to imagine Liverpool could slip up with a 25-point lead – a bigger advantage than the one PSG enjoyed.

It remains to be seen if the Premier League can get going again, but if it can’t, then LFC surely have to be handed the title anyway.