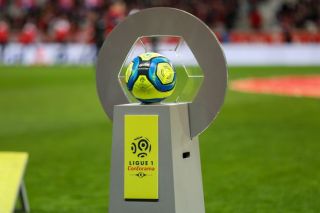 With some leagues starting to accept the season won’t be finished on the pitch, it looks like we could be set for years of legal proceedings and arguments.

Ligue 1 was the first major competition to declare final league standings, PSG won the league while Toulouse and Amiens will be relegated.

You can understand that any team being demoted will be furious about this, so this will be dragged through the courts.

That’s not to say everyone in the country has sympathy with those sides, with the Montpelier president having plenty to say.

Their former President Loulou Nicolin said some staggering things during his time in charge, but his son isn’t exactly a shrinking violet either:

“If there are legal challenges in the weeks to come, we risk not being paid the new round of TV money, and that could unleash a new crisis. If my team finished last, with some decency, I would’ve shut my mouth.”https://t.co/Tp0y1Guc1r

Now you can look at that and think it’s just the financial aspect that made him say that, but Toulouse are the closest thing they have to a major rival, so it’s probably a little dig in their direction to.

Anyone who’s followed Montpellier in recent years will know there’s zero chance he would stay quiet if his side landed in this position, but it’s much easier to run your mouth when it doesn’t impact you so much.