Chelsea boss Frank Lampard is reportedly set to green light a triple exit this summer with his attack likely to look very different next season.

The Blues are currently still on course to secure a top-four finish in the Premier League this season as things stand, while it remains to be seen when the campaign can be completed.

However, there is still a significant bridge to gap for Chelsea when it comes to competing at the very top level for major trophies, and so reinforcements will be expected at Stamford Bridge this summer.

As reported by Calciomercato, via the Daily Mail, it’s suggested that Pedro, Willian and Michy Batshuayi are all on their way out of the club this summer, which will mean a major reshuffle in the final third as far as Lampard is concerned.

A deal has already been confirmed for Ajax ace Hakim Ziyech who will arrive later this summer, and so it then remains to be seen who else will be signed to fill those voids up front.

Olivier Giroud’s current contract is also set to expire this summer and so a decision will need to be made on his future, as it could be an attacking quartet on their way out of Chelsea ahead of next season.

Nevertheless, with Pedro and Willian set to become free agents and as they continue to edge closer to the latter stages of their respective careers while Batshuayi has continuously struggled to establish himself in the side and prove his worth on a consistent basis, it appears as though all three could be heading for the exit door at Chelsea in the coming months. 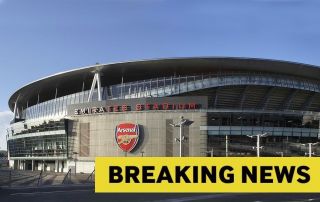