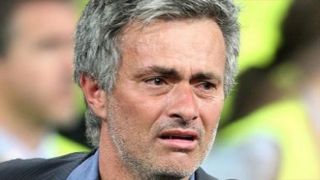 Jose Mourinho has revealed the one loss during his time at Real Madrid which resulted in him shedding tears after the game, the only time he’s ever done it.

SEE MORE: Big injury boost for Real Madrid as star man tipped to be ready to feature in a month

He’s won trophies wherever he has been either domestic or European, and he will undoubtedly go down as one of the best managers of all time given that trophy haul.

However, he has now opened up on one of the lowest points of his career, as he has revealed the only game after which he has been left in tears for negative reasons, as he was also seen teary-eyed after winning the Champions League with Inter.

Recalling Real Madrid’s loss to Bayern Munich in the semi-finals of the Champions League in 2012, the 57-year-old has opened up on why he was so emotional after that exit from the competition with three of his star names missing in the penalty shootout.

“That is also football. Cristiano, Kaka, Sergio Ramos. They are three monsters of football, there is no doubt about that,” he told Marca, as quoted by the Daily Mail.

“But they are also human. That night is the only time I have ever cried after a football match.

“I remember it well: me and Aitor [Karanka] parked in the car in front of my house, crying. It was very hard to take because in that 2011-12 season we were the best team in Europe.”

Mourinho went on to look at more positive memories too during the interview, detailing the success of his Madrid side which ended Barcelona’s dominance in La Liga in stunning fashion with a 100-point haul.

Time will tell if he’s able to get back to those levels in the future, whether it’s with Tottenham or another club, but Mourinho being so frank and candid about his emotions during that time in Spain suggest that he will be frustrated and desperate for further success in north London moving forward to better himself and the club.