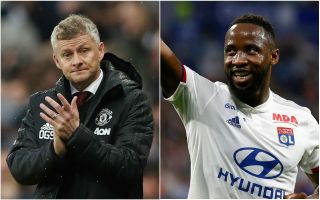 It seems pretty clear that Man United want to sign a new striker this Summer, as various names keep getting linked with a move to Old Trafford.

Even if he went through a poor run of form, Romelu Lukaku was never properly replaced and there’s a clear need for a true number 9.

Marcus Rashford is at his best when given a free role on the left, but that requires a focal point through the middle to hold the ball up and attract the attention of the defence.

Anthony Martial is too temperamental, he drifts out wide too often and doesn’t impact games when things are tight, while Mason Greenwood isn’t ready for that responsibility yet.

READ MORE: Opinion: Another loan spell at a familiar club is the best thing for Man United youngster’s development

You could argue that Odion Ighalo can play that role, but it’s hard to see the Old Trafford faithful accepting him as a first choice player, so this report from the Manchester Evening News does make sense.

They claim that United’s search has led them to focus on Lyon star Moussa Dembele, who has experience in the UK with Celtic and Fulham. He’s a prolific striker who can play up front on his own, and he’s deadly in front of goal.

Before the fans get too excited, this doesn’t seem like a close thing for now. the report does state that the striker would like to move to Old Trafford this Summer, but no contact has taken place between the clubs for now.

Lyon have plenty of issues after the decision to end Ligue 1 leaves them without Champions League football next season, so they might be forced to sell some big names to raise cash.