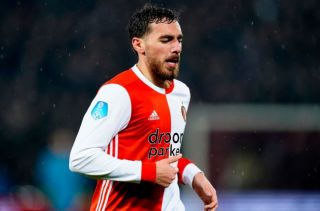 We all know that plenty of clubs will be looking to add to their squads this Summer, but it seems inevitable that fees will be much lower than what we’ve seen in recent years.

There may be some teams who just feel the need to spend some money to try and satisfy the fans, so it would be a surprise if the market completely ground to a halt.

Chelsea and Arsenal both need to improve, although Chelsea were subjected to a transfer ban and sold Eden Hazard last year, so they might have some money to spend.

Arsenal appear to be in a less fortunate financial position, but both clubs have been linked with Feyenoord midfielder Orkun Kokcu by The Express.

It’s suggested that the 19 year old would cost around £23m, but they could also face competition from at least four other teams to sign him. They even go on to quote Jaap Stam in saying he’s one of the best midfielders in Holland already, so he certainly looks like a bright prospect.

The four other clubs mentioned are Real Betis, Sevilla, Roma and Atalanta, and all four have a history of developing youngsters and playing nice football so they could all be favourable destinations.

There’s no suggestion that a deal has been agreed with anyone at this point, but it seems any team who does sign him will be getting a highly promising player.