According to the print edition of Sport, as translated by Sport Witness, there is a large amount of interest in the Netherlands international, with Man Utd looking to strengthen in midfield.

Pogba has been heavily linked with a move to Real Madrid by the Sun, so a summer move for midfielder Van de Beek makes sense as an ideal substitute in that position.

The 23-year-old reached the Champions League semi-final last season with Ajax. The team’s performances provoked an extensive amount of transfer rumours linking players away. A few players left the Johan Cruyff Arena at the end of last season – Matthijs de Ligt and Frenkie De Jong among others – but Van de Beek stayed. 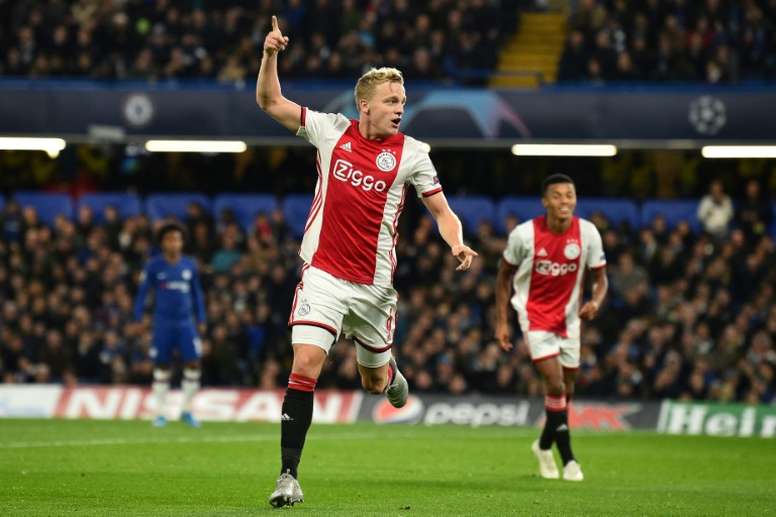 This season, van de Beek racked up 14 goal contributions in 23 Eredivisie appearances. However, the coronavirus pandemic has prompted the Dutch FA to cancel the season, ultimately eliminating his team’s chances of winning the league.

Many transfer rumours from the 2018/19 season have remained. According to Sport, as translated by Sport Witness, Newcastle and Everton have reportedly shown interest in signing Ajax’s ace. However, this report claims that the Red Devils are transfer ‘favourites’ for the Netherlands international.

If this deal goes ahead, it will upgrade United’s team and provide healthy competition for the likes of Fred and Scott McTominay, and it would surely also be a boost to land this top talent ahead of other Premier League clubs.