Former Manchester United defender Matteo Darmian has told the Guardian in an interview that Marcus Rashford is capable of being a ‘Ballon d’Or winner’ and that he can ‘reach’ Kylian Mbappe’s level.

Darmian told the Guardian that he ‘immediately thought’ that Rashford was an ‘incredible player’ after seeing the forward’s first training session with the first-team a few years ago.

The full-back, who left the Red Devils last summer, added that he’s ‘convinced’ that Rashford can win the Ballon d’Or in his career and added that the lightning-fast star ‘impressed him the most’ during his time at Old Trafford.

Rashford has been sensational for Ole Gunnar Solskjaer’s side this season, the ace has flourished in a centre-forward role after a fairly difficult start to the season. 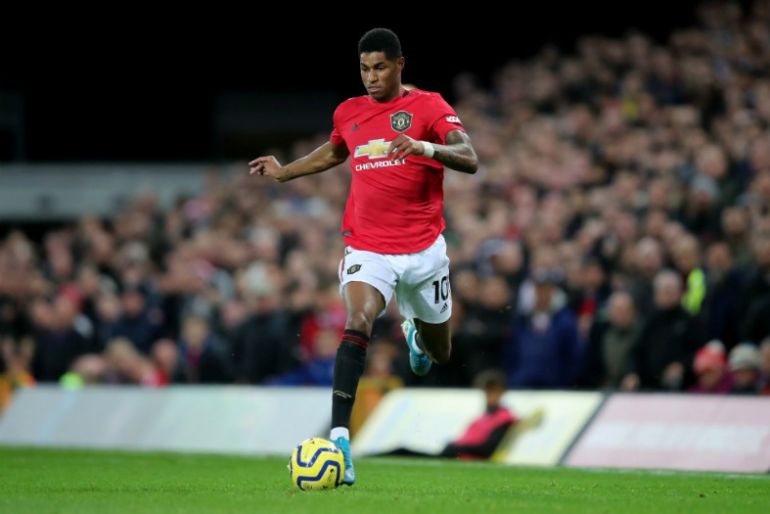 Rashford was enjoying the best season of his career before suffering a long-term injury.

Here’s what Darmian had to say on the England international:

“I still remember Marcus Rashford’s first session with the senior squad like it was yesterday. I immediately thought: ‘wow, this is an incredible player’.”

“He did so many impressive things for a player of his age and the way he improved in every detail really impressed me.”

“If he continues to work the way he has done so far he can be a Ballon d’Or winner. I’m convinced of this.”

“He impressed me the most of all the players at United and he’s very young and can still improve. For me he can reach the level of Kylian Mbappe and compete for the Ballon d’Or for years to come.”

Unfortunately, Rashford’s best season to date was hindered after he suffered a long-term injury in a FA Cup clash against Wolves in January.

The Sun now report that the 22-year-old is nearing a return to full fitness, with it being claimed that the star will be ready once the Premier League returns after the UK hopefully make some progress in dealing with the Coronavirus pandemic.

Rashford has bagged 19 goals and five assists in 31 appearances across all competitions this season.

Loanee Odion Ighalo has also turned in some fine performances for the boyhood club, all in all, once Rashford returns, the Red Devils should have the in-form attack needed to secure Champions League qualification – should the Premier League season resume.