According to well-regarded Italian journalist Fabrizio Romano, Juventus director Fabio Paratici has confirmed that the Turin outfit are in talks regarding transfers with La Liga powerhouses Barcelona.

Paratici’s statement comes after the two European giants have been heavily linked with making swap deals in the next transfer window, due to the financial impact on clubs because of the Coronavirus pandemic.

Paratici specifically mentioned the exchange of Arthur and Miralem Pjanic as one of the possible ‘swap deals’ that could place.

The Juventus chief added that the ‘Old Lady’ are also in talks with ‘many’ other ‘top clubs’ regarding transfers.

Paratici (Juventus director) to @SkySport: “Swap deals with Barcelona like Arthur-Pjanic? We’re speaking with Barça as we do with many top clubs because it will be a particular summer. We need ideas, swap deals and something new on next summer for transfers market” ? #transfers

It’s added that Maurizio Sarri’s side are particularly keen on a move for Blaugrana midfielder Arthur. 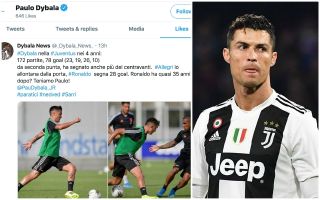