According to the Sun via French outlet Le10Sport, Arsenal have been handed a potential boost in their pursuit of Layvin Kurzawa as Barcelona have pulled out of the race to sign the let-back.

Kurzawa may represent an ideal full-back option for many top teams this summer as he’s set to be available on a free transfer after his contract expires with Paris Saint-Germain.

As per the Sun, Le10Sport claim that both Barcelona sources and ones close to Kurzawa have confirmed that there hasn’t been any talks at all between the two parties.

Arsenal were heavily linked with the 27-year-old’s services in the January transfer window with the Athletic’s David Ornstein (subscription required) even suggesting that the Gunners were in ‘advanced talks’.

With a mid-season deal not coming to fruition, 90min reported at the end of March that the Gunners remain keen on landing the full-back’s signature this summer. 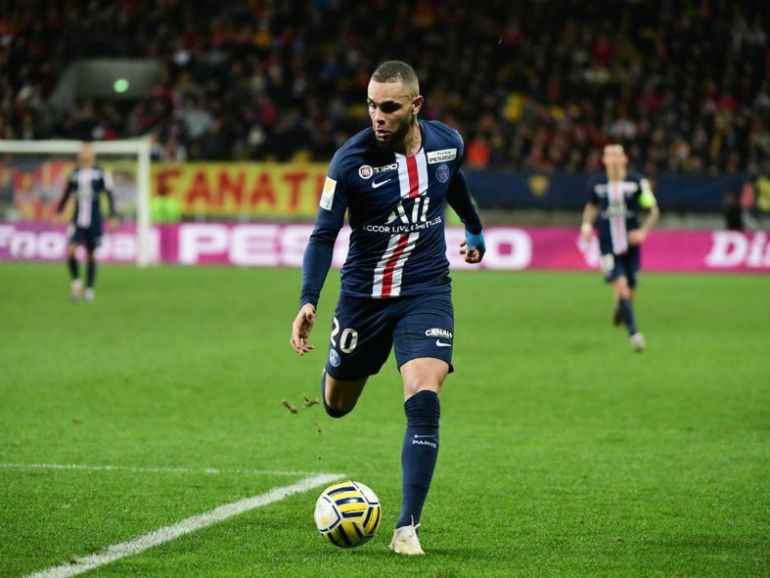 Layvin Kurzawa has been heavily linked with a free transfer to Arsenal.

Kurzawa was a top talent as a youngster but it’s fair to say that the ace’s performances have dipped over the last couple of years, at PSG the Frenchman has lost his starting berth to Juan Bernat.

With media speculation suggesting that Arsenal will focus on low-cost options in the next transfer window, Kurzawa may be seen as an ideal target.

Left-back is an area where Arsenal could certainly improve in, at least in terms of quality, as Sead Kolasinac has endured a mixed spell with the Gunners.

Kieran Tierney, one of last summer’s marquee signings, seemed like a shoe-in to become Arsenal’s left-back for many years to come – but the Scotsman has struggled with injury troubles in his debut season.

Whilst Kurzawa could be a fine option, Arsenal should reconsider this signing due to the impact it may have Bukayo Saka’s development.

The 18-year-old has flourished as a makeshift left-back in the absence of Tierney and Kolasinac, the signing of Kurzawa would certainly limit his chances of getting valuable first-team minutes.

It’s not as though Saka has the chance to play in his natural left wing position either, as talisman Pierre-Emerick Aubameyang takes up this spot and acts as an inside forward.

The England youth international would have a better chance of playing on the wing if Aubameyang was to leave this summer, but do Arsenal fans really want the club to part ways with their captain this summer?

Is the addition of Kurzawa worth risking the development of Saka?