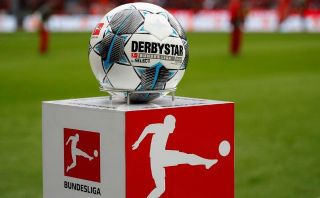 The proposed restart of the Bundesliga in Germany has been delayed to May 22nd by German chancellor Angela Merkel, according to a report in the Daily Mail.

There was widespread news that the Bundesliga would resume on the 15th of May despite the coronavirus disrupting life in countries all across Europe, but now the German government has ruled for two weeks more of quarantine for all teams before the German top-flight can resume, according to the Mail.

MORE: How the coronavirus crisis could affect the transfer market for better, and worse

The Bundesliga teams have been training in small groups since mid-April albeit under strict guidelines and conditions.

While the German press agency DPA suggested that the intended two-week quarantine could take the form of a training boot camp.

However, it seems as though the German government has given the go-ahead for the Bundesliga to resume after all teams are further quarantined until the 22nd of May.

The Bundesliga could be the first out of Europe’s top five leagues to resume football following the quarantine period while other leagues across Europe, except the French Ligue 1 who declared Paris Saint-German champions and ended the season, continue to search for a restart date.

However, an update from Raphael Honigstein suggests we could be on for a May 15th return after all, though this is yet to be confirmed…

Update! Merkel's initial proposal (leaked to media) demanded "a two-week quarantine" for Bundesliga clubs. A second version has now crucially removed the "two-week" bit. One week, as per the league's medical paper, might be seen as sufficient – which would bring us back to May 15