According to the Sun via the National, Chelsea are in talks with Juventus over the potential €40m (£35m) sale of Jorginho.

The National claim that Juventus are in talks with the midfielder’s representatives over a possible return to Italy.

Were Jorginho to join Juventus, this would see the Brazilian-Italian link-up with Maurizio Sarri for the third time in his career.

Sarri actually made Jorginho one of his key signings when he was appointed as Chelsea boss, as per BBC Sport the Blues agreed a deal worth up to £57m to bring the midfielder to Stamford Bridge.

Jorginho effectively acted as Sarri’s on-field general during the former Chelsea gaffer’s only season in charge of the Blues, Sarri left last summer to succeed Max Allegri as Juventus’ boss. 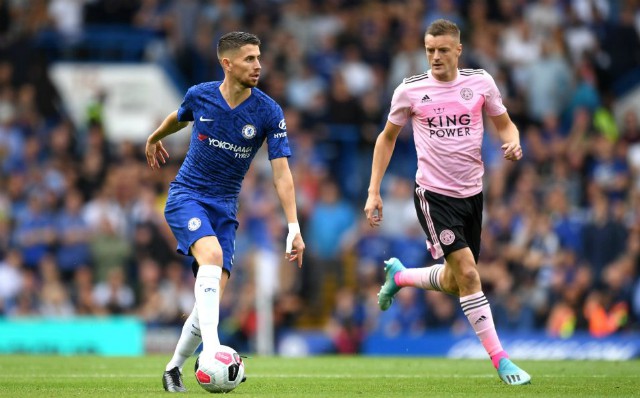 Jorginho in action for Chelsea.

Jorginho received quite a lot of criticism for his performances last season, but the ace has managed to prove that he’s much more than just Sarri’s ‘on-field general’ by flourishing under Frank Lampard.

In 37 appearances across all competitions this season, Jorginho has bagged seven goals and registered two assists.

The Italy international, alongside Mateo Kovacic, has helped ease the pressure in the middle of the park – considering that N’Golo Kante has battled with injuries this season.

The Sun hint that Chelsea’s interest in West Ham ace Declan Rice could serve them up a replacement for Jorginho if he was to be sold.

The Sun even claim that Juventus could offer winger Fernando Bernardeschi in a potential deal for Jorginho, the 26-year-old would freshen up Chelsea’s wide options just as the futures of veteran wide men Pedro and Willian are in doubt.

It’s hard to believe the latest rumours considering that Jorginho’s agent revealed to the Sun just two weeks ago that his client was ‘very happy’ in west London and that he hadn’t been in ‘contact’ with Juventus over the ace’s services.