According to the Sun via Italian outlet Corriere dello Sport, Manchester United could reignite their interest in Napoli starlet Hirving Lozano this summer.

The Sun report that the 24-year-old forward is rated at £38.5m, the ace became Napoli’s club-record signing last summer, but Lozano has largely struggled in his debut season with the Serie A giants.

It’s added that the Red Devils were considering a move for the versatile attacker last summer, but they ultimately missed out on his signature.

Corriere dello Sport claim that United see Lozano as more than just a quality addition to their team, as it’s suggested that the Manchester outfit are attracted by the ace’s potential marketing value.

It’s claimed that the club believe that Lozano’s addition could have a similar commercial impact to that of Hernandez’s, this could be an ideal signing for the side both on and off the pitch. 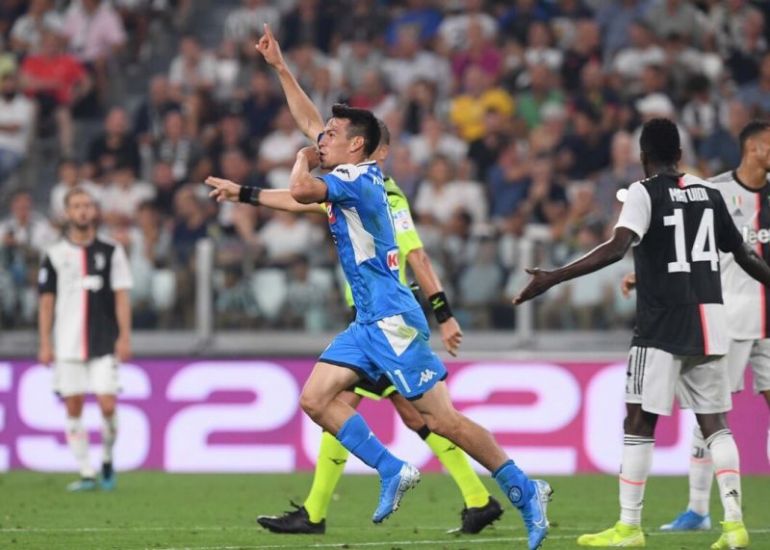 Lozano celebrates a goal for Napoli.

It wasn’t surprising to see Lozano leave in a big-money move last summer, the ace was sensational for PSV and made waves with Mexico at the 2018 World Cup.

Lozano actually began his Napoli career on a superb note, with a phenomenal performance against Serie A powerhouses Juventus on his debut.

Things have gone downhill since then for the 24-year-old, Lozano has scored just three goals and registered two assists in 28 appearances across all competitions this season.

Perhaps the fact that Lozano has been deployed in a more central role this season has had an impact on his performances.

The Mexican star has only played a much lesser role in the team since Gennaro Gattuso became manager after Carlo Ancelotti left in December.

Despite Lozano’s difficult debut season, he fits the mould of the kind of player that would be perfect for Manchester United’s system.

One of the ace’s key attributes is his blistering pace, something that would suit the Red Devils’ counter-attacking style.

It could also be argued that Lozano has more technical quality than United ace Dan James due to his higher level of experience.