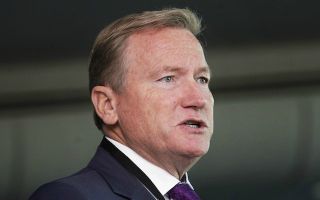 League Managers Association chief executive Richard Bevan has discussed the potential return of the Premier League and the issues clubs face ahead of possibly getting football going again in the summer.

Leagues all over the world have been put on hold amid the coronavirus pandemic, which has claimed thousands of lives and forced most major nations into varying degrees of lockdown to prevent the spread of the virus.

Still, the Bundesliga looks close to a return later this month and it may be that the Premier League can also resume safely, albeit with a number of big changes, such as games being played behind closed doors.

Bevan feels time is ticking away for players to get back to training, and he spoke to BBC Radio 4 at 8.30am on Wednesday morning about the various challenges ahead in terms of restarting the 2019/20 season.

The LMA chief stressed the need for health and safety to come first, saying: “Hopefully there will be solutions that create a safe environment.

“There are a couple of important points; firstly, football must not occupy any important NHS resources. It must not impinge on the capacity of the health and emergency services.”

He doubted, however, that there would be a big issue with players refusing to play.

When asked about Manchester City striker Sergio Aguero raising concerns about players perhaps feeling too scared to return, Bevan said: “No, I think as long as we have maximum information and good protocol documents, players will make their own decisions.

“If we do get that information clearly and well presented, and governments are clear as well, there’ll be some good decision-making. From a manager’s perspective, no I don’t think they’ll be coercing players at all … they always demonstrate calm leadership and the well-being of the players will come first and foremost.”

Bevan added that he feels it’s important to finalise plans this week, saying: “Football has a very crucial role to play with the public morale. Hopefully the government will step up and we’ll get clear guidance.

“It’s a key week coming up. I don’t think time is particularly on our side … training needs to be in place very soon if the timelines are to work for finishing the season for the summer.”

He added that he feels the season will most likely be voided if clubs fail to agree on a plan, mentioning the prospect of playing at neutral grounds as being a key concern for some clubs.