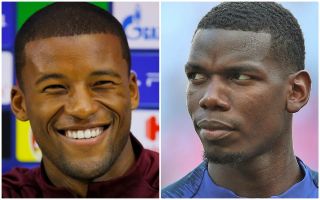 It’s a year ago today that Wijnaldum put in a world class performance against Barcelona in the semi-finals of the Champions League to secure a memorable 4-0 victory.

MORE: Liverpool have edge over Tottenham in pursuit of potential €100million transfer

This saw Liverpool go through to the final, with Wijnaldum playing a starring role as he came off the bench to score two vital goals against Barca at Anfield.

The Dutchman was also generally brilliant in the middle of the park, as Liverpool FC blog Empire of the Kop pointed out with this video, which also aimed a dig at Pogba…

Wijnaldum is so underrated. You see Pogba doing this against Swansea and Sky Sports do an hour on it!pic.twitter.com/xCh7Q9xDLW

Interestingly enough, Wijnaldum seemed to suggest he approved of the suggestion that he doesn’t get enough credit compared to the United star.

See his response below…