Di Maria signed for the Red Devils in 2014 after establishing himself as a world class player at Real Madrid. However, his career in England didn’t justify the hype, with an abysmal 3 goals in 27 appearances. At the end of the 2014/15 season, the Argentinian attacking midfielder made a swift exit to join his current club, Paris Saint-Germain.

Cardoso seemingly was relieved to leave Manchester, as she slated it in an interview with TV show Los Angeles de la Manana, as translated by ESPN: “It was horrible! A s***hole, we went to the house and we were like ‘see you later guys, we’re out of here’. When we left, I said to him, ‘Go to any country – except England’. Anyway, one year later and there we were in England.

“I didn’t like anything about it, not a thing. The women are all pasty-faced and white, prim and proper… weird. You’re walking down the street and you don’t know if they’re going to kill you or what.

“The food’s disgusting. All the girls are all dolled up to the nines, perfectly made-up and there’s me with my hair in a bun and with no make-up on.”

The eight-time Premier League winner and Sky Sports pundit has slammed 32-year-old Di Maria following his wife’s comments. He thinks her view on the city was “clouded” by an attempted robbery at their home. 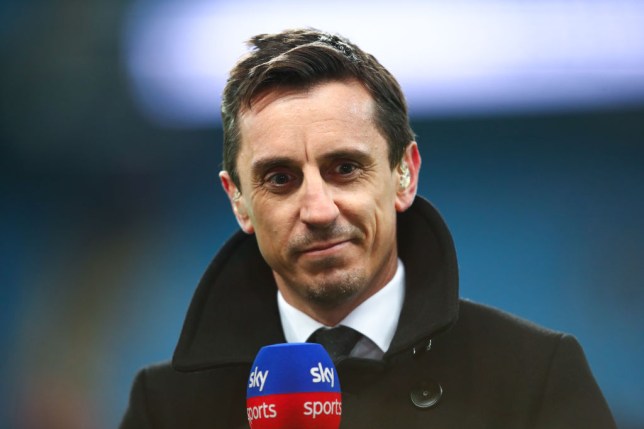 “I don’t know what she means,” Neville said on Sky Sports, as quoted by the Daily Star. “We hear these stories from time to time, where a player’s played like a drain, like Di Maria did at Manchester United, he was awful.

“And I had great expectations and sort of excitement when he came to the club, thinking we’d signed a top player. But he was never interested from day one.

“Maybe what he needs to do is look across the road at Sergio Aguero, his Argentinian compatriot, or Pablo Zabaleta, who’ve done alright in Manchester over the years and don’t seem to be in a rush to leave.

“I will defend my city to the hilt. I think she had a bad experience and she did have an unfortunate experience obviously where there was a robbery which really would hamper your view mentally.

“So I think that probably clouds her view in terms of the city, ‘cause I think there’s some decent folk around here.”