Barcelona are reportedly ready to take certain steps which would result in youngster Ronald Araujo becoming an increasingly important part of the first-team squad.

Thus far, the 21-year-old has been in and around the senior squad but he has made just one appearance at that level having predominantly impressed for the B team since arriving from Uruguay.

With the likes of Gerard Pique, Clement Lenglet and Samuel Umtiti ahead of him in the pecking order and others who have since moved on, it’s unsurprising that he has found it difficult to make that breakthrough.

However, as reported by Sport, that could be set to change in the coming years as Barcelona are ready to place their faith in Araujo as it’s suggested that they intend on fully integrating him into the first team moving forward.

So much so, they are said to be ready to begin the process of nationalising him which will be an option after three years of living in Spain in August, and so he would therefore no longer take up a non-EU spot in the squad to allow him to be included and still make space for current stars and potential signings.

It’s reiterated that the reigning La Liga champions are ‘very confident in his progression’, and having green-lit an exit for fellow promising young talent Jean-Clair Todibo in January, the path is seemingly being cleared for him to emerge as a long-term solution for the Catalan giants.

That said, the situation could all change with a new signing if they choose to pursue one, as with Pique turning 34 next year and with Umtiti’s injury troubles dating back to last season, Barcelona may have to decide whether or not to place their faith in Araujo in the more immediate future or look for a short term solution too.

Nevertheless, the report above points entirely to the 21-year-old becoming a more prominent figure at Barcelona in the years ahead. 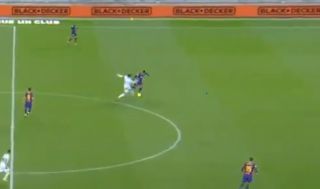