The financial burden that many football clubs are likely to have to deal with post-pandemic has seen Liverpool turning their attentions to a striking bargain as the cost for bringing Timo Werner to Anfield rockets.

The Daily Mirror recently reported that the Reds were looking at other options because Werner’s £50m price tag was now out of their range, and it has emerged that Werder Bremen’s Milot Rashica could be available for as little as £13m.

What’s more, Kosovar Football Federation president, Agim Amedi, has confirmed the interest of Jurgen Klopp’s side in the player.

“There are many requests for him,” Amedi told Syri TV and cited by the Daily Star.

“I know that Liverpool in the Premier League want him, but also Leipzig in the Bundesliga. I am sure that he will be advised in the best way to make his decision.”

With 10 goals and five assists in 24 appearances this season, per the Daily Star, the 23-year-old Rashica could well represent another stunning coup for Liverpool.

Klopp has already shown his astuteness in the transfer market with the signing of Takumi Minamino for just £7.25m, so the fee shouldn’t really concern Liverpool fans. 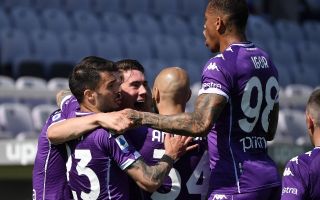 How Unai Emery ended up alienating his players at Arsenal

What they will want to ensure is that any newcomers fit into the unique style of play that has made the Reds one of the most feared teams on the continent.