According to the Athletic (subscription required), clubs from Italy, Spain, Germany and France are interested in signing Manchester United ace Deji Sotona.

The 17-year-old, who plays for United’s Under-18s side as either a centre-forward or left winger, is the quickest player at United, after recording a staggering speed of 22.9mph in tests in September.

Despite the Ireland youth international being the fastest of all players (including senior stars) at United, the forward isn’t tied down to a professional contract, which seems quite surprising.

The Athletic even add that teammates and members of United’s non-playing staff are confused as to why the ace hasn’t signed professional terms yet.

The report even suggests that issues over the last season have led to the people around Sotona questioning whether the Red Devils are the best place for his development.

Sotona has bagged five goals and registered two assists for the Under-18s this season, but the Athletic report that the ace only started matches after discussions with the club.

The forward even scored a winner for the Under-18s side in an FA Youth Cup clash against Wigan in February, does the ace deserved to be promoted to the Under-23s?

The ace has just one appearance above Under-18s level, which came in the EFL Trophy last year. 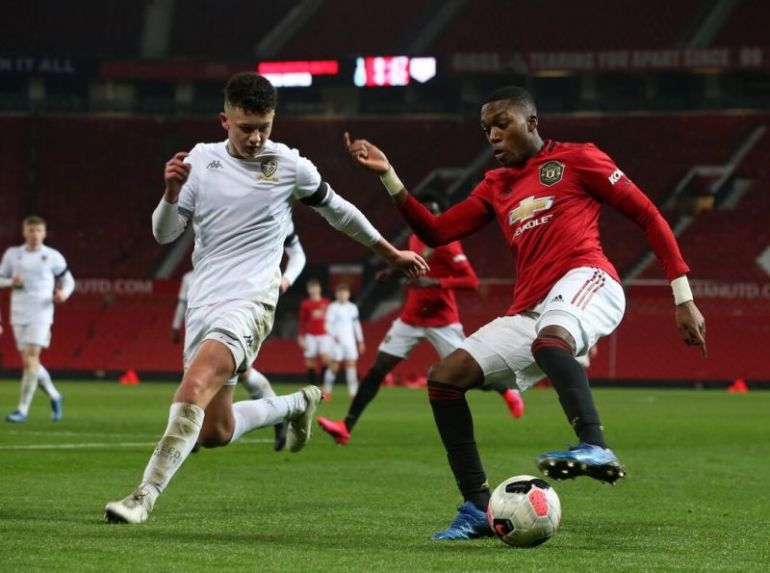 Deji Sotona in action for Manchester United’s Under-18s in the FA Youth Cup.

The Athletic add that United are planning contract talks with the ace ‘when the time is right’, but should Sotona leave for a club where he’s given a better chance of playing first-team football?

Ole Gunnar Solskjaer’s side could lose the lightning-fast talent for a fairly nominal fee (by their standards) if they don’t sort out his contract situation, with the Athletic reiterating that interested foreign clubs wouldn’t have to pay anything more than £200,000 in compensation for his services.

Considering that one of the ace’s best attributes appears to be his electric pace, it’s even move surprising to hear that he hasn’t had a chance in the U23s or maybe even the first-team, given that United’s biggest strength right now is perhaps their ability on the counter-attack. 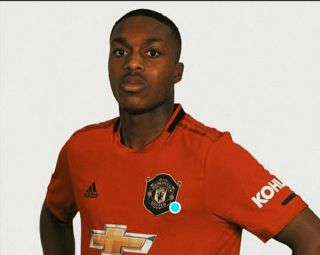