According to the Metro, Manchester City legend Vincent Kompany has told Sporf that Liverpool stalwart Virgil van Dijk is the ‘best defender in ‘Premier League history.’

Kompany also briefly touched on why the Dutchman should still be regarded as the top-flight’s best defender ever, despite not having played at the top level as long as Manchester United icon Rio Ferdinand and Chelsea legend John Terry.

The ex-Man City captain added that Van Dijk’s performances over the last few seasons has shown that the ball-player would be ‘even further’ ahead of those players if he started playing at a top club earlier.

Van Dijk has gone from strength to strength since joining Liverpool in January 2018 for a then world-record fee for a defender of £75m, as per BBC Sport.

The Dutch international’s recent success was recognised when he finished 2nd in the Ballon d’Or rankings last year. 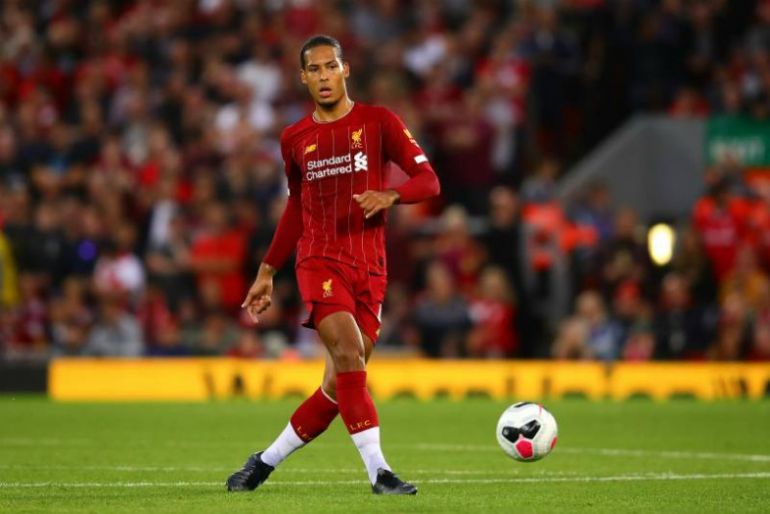 Van Dijk has firmly established himself as the best defender in the world since joining Liverpool.

Here’s what Kompany, a top-flight legend in his own right said about Van Dijk:

“I would choose Virgil van Dijk as the best defender in Premier League history.”

“It is a strange choice, because he is not in the scene as long as boys like Terry and Ferdinand. Those boys have played in the league for a very long time.”

“But the signals that Van Dijk gives in his last few seasons make it so clear that if he had gone to the absolute top before, he would be even further.”

“He makes a huge difference to his team. A defender never stands alone, it is about his communication with teammates and how you make your team stronger.”

Kompany hints that Liverpool’s transformation to one of the best sides in world football is one of the reasons why he named Van Dijk ahead of two of the best centre-back’s to ever play the game.

The 28-year-old’s impact on the Reds has been massive since he joined, Van Dijk has emerged as one of the leaders of Jurgen Klopp’s side.

Van Dijk has perhaps enjoyed some of the most dominant seasons of a Premier League defender ever, but is it too early for him to be named outright as the most fierce stalwart that the top-flight has seen in its history?