According to the Evening Standard, Barcelona have been dealt a massive blow in their pursuit of Tanguy Ndombele as Tottenham Hotspur have no intention of selling or even loaning out the star.

The Standard add that Liverpool have also been linked with the ace, the central midfielder has endured a difficult debut season with Spurs after a big-money move from Lyon last summer.

As per BBC Sport, the north London outfit agreed a deal worth up to €70m (£62.8m) to sign Ndombele after his sensational performances for the French side.

Due to the Frenchman’s inconsistent form and also injury struggles, Ndombele has started just 17 of his 27 appearances for Spurs this season.

The box-to-box midfielder’s future was thrown up into the air when Jose Mourinho singled out the star for criticism following a draw against Burnley in March. 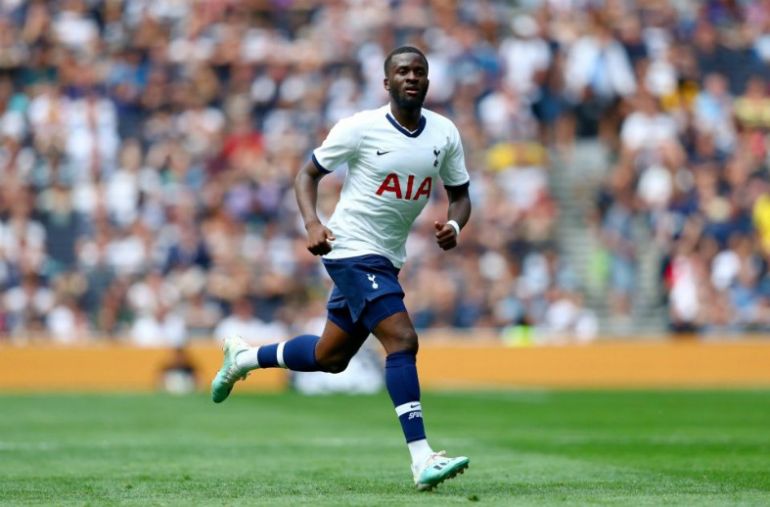 In his 27 outings, Ndombele has scored two goals and registered four assists for Spurs.

It appears as though Spurs are willing to maintain faith in the 23-year-old which could be a wise move.

Teammate Moussa Sissoko is a fine example of why the club should keep faith in Ndombele, Sissoko’s career at Spurs had been shaky but he’s established himself as a key player over the last couple of seasons with some dominant displays.

With Ndombele just 23 years old, it seems very risky for Spurs to give up on the ace, especially when a top club like Barcelona could snap him up and develop him into a superstar.