According to the Mirror, Chelsea will target West Ham’s Declan Rice if N’Golo Kante leaves the Blues this summer, amid interest from Real Madrid.

It’s claimed that Kante is one of the players that Los Blancos are keen on as they plan to strengthen their midfield in the next transfer window.

MORE: Boost for Chelsea as Manchester United ace edges closer to transfer away from Old Trafford

The Mirror suggest that Chelsea eye Rice as a direct replacement for the star.

Even though Real Madrid are arguably the biggest club in the world, will Los Blancos be willing to make such a huge offer considering the financial impact of the Coronavirus pandemic? 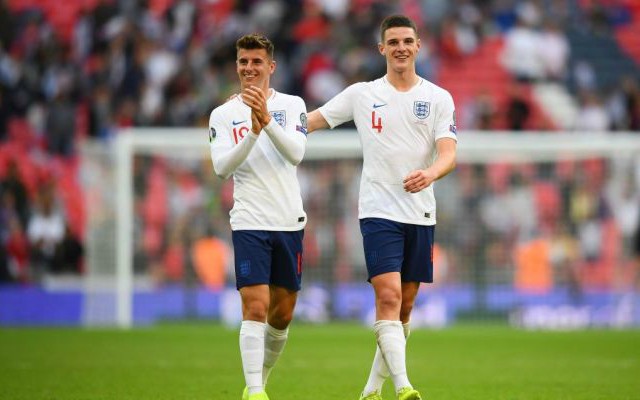 The two-time Premier League champions has proved to be absolute bargain for Chelsea, who snapped him from Leicester after memorable title-winning campaign for £30m, as per BBC Sport.

There’s no doubting that the 29-year-old is one of the best midfielders in the world, so we can’t see why Chelsea would allow him to leave, especially to join a European powerhouse in Madrid.

Kante has been limited to just 22 appearances this season because of injuries.

Rice has been impressive for West Ham over the past couple of years, the defensive midfielder’s performances have also won him seven England caps.

The ace was released by Chelsea at the age of 14 after several years in the club’s academy, Rice is the best friend of current Blues star Mason Mount, does this make him the perfect option should Kante leave?

The 21-year-old has made 100 appearances for West Ham, he’s perhaps the most promising English defensive midfielder in years.