The coronavirus crisis continues to plunge football into uncertainty, but the controversial push for seasons to resume could actually end up giving us the data we need to know how best to tackle this virus.

Many countries are now passing or have recently past their peaks in terms of hospitalisations, with societies opening up again after months of lockdown restrictions.

Still, while the Bundesliga has been given the go-ahead to resume this week, Ligue 1 and Ligue 2 were cancelled in France, with no sport set to start up again until September.

There is less certainty about the Premier League, La Liga and Serie A, but we should know a little more about the possible return of English football later today.

La Liga, meanwhile, seems to be currently on course for a return to action next month, with players at the likes of Real Madrid and Barcelona set to start training today.

Strict testing will be required to make this work, with La Liga dealt a possible blow yesterday as five players were reported to have tested positive for coronavirus.

However, further reporting claimed these five players were all coming towards the end of their illness, and had not displayed any symptoms.

While we hear a lot about the people who are unfortunately having to go into hospital, we rarely hear about quite how many people suffer a very mild case of COVID-19, with varying studies showing that as many as half of people who catch it won’t even know they have it.

Testing is seen as crucial to keeping the virus under control as it means people do not unwillingly go about their business spreading the virus without realising it.

If football can gather a large amount of data on largely young, fit and healthy athletes on a regular basis, it could give us a better idea of quite how many people have, or have at some point had coronavirus without even knowing it.

Spanish outlet COPE has reported that as many as 160 players in Spain’s top two divisions may already be immune to the virus – or 16%.

Chelsea transfer target drops potential hint over his future
Worry for Chelsea as Blues star misses training with national side
Video: Northern Ireland player sent off while taking a throw in

Much has been made of large scale testing in football and how it takes away from people who perhaps need it more, such as healthcare workers, but this is a slight misconception as these tests are being provided by private companies, with Premier League clubs spending as much as £4million on testing players regularly.

While we would obviously agree that NHS staff should be getting the same access to testing, this is not the same thing as tests being taken away from them.

Testing on a wider scale throughout society would be ideal and let’s hope we get there soon, but for the time being we may be able to learn a lot from the fact that football clubs are carrying out a large amount of testing that wouldn’t have happened otherwise.

So far, the pattern has been that, the more we learn about the virus, the more it suggests it is largely harmless to most people. The BBC’s Nick Triggle recently gathered some useful data that suggested the young and healthy have little to fear from going about their lives as normal. 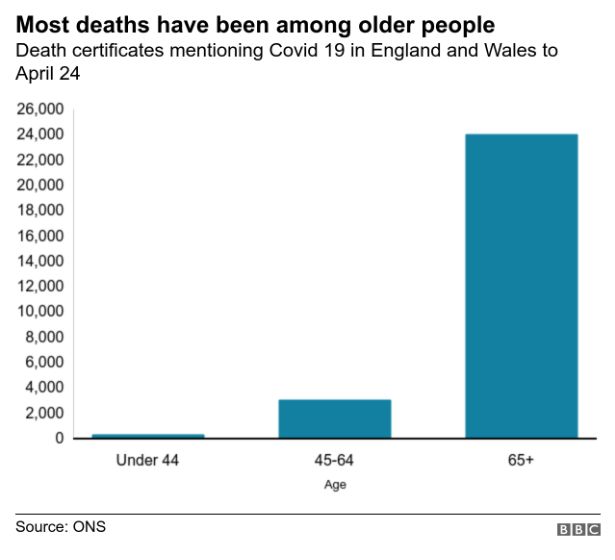 In summary, the risk of death from this illness has done little to the annual risk figures, with Prof Sir David Spiegelhalter equating it to the same risk anyone from their early 20s upwards has of dying at any moment anyway.

“I’m not saying how anybody should feel, or what they should be worried about, but my aim, as a statistician, was that people’s anxiety should be at least roughly proportional to the actual risks that they face,” he said.

“Obviously, I’m talking about risks to the individual themselves, we have to think about the potential for spreading the virus, and that’s absolutely vital.

“But when we talk about personal risk, for young people, it’s staggeringly low.” 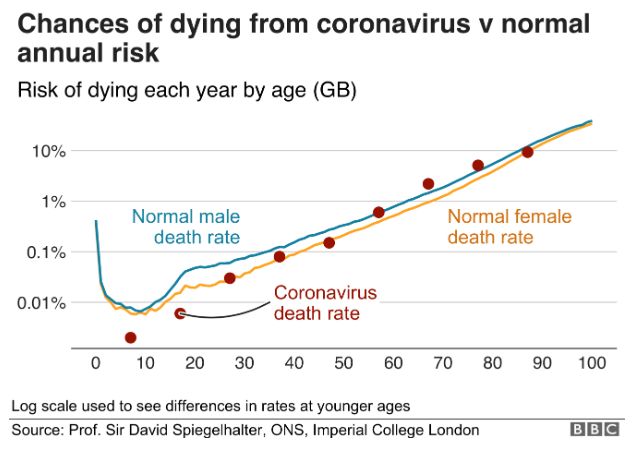 This may become even more apparent if we get good data back from player testing. Far from putting us all at more risk by returning, football could prove extremely useful in providing us with data we might not otherwise have had.

We of course hope any player who isn’t comfortable returning is not forced to, but let’s also hope more people can be reminded of quite how low the risk for them is.

Meanwhile, the benefits, both in terms of giving us football to watch and teaching us all a bit more about how to move forward with this pandemic, could be enormous.