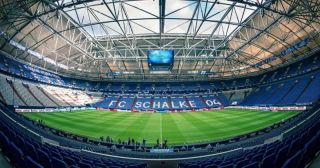 Ahead of the return of the Bundesliga, Schalke have made their arguments as to why every Premier League club’s fans has a reason to support them.

The world has ground to a halt over the past few months as the coronavirus pandemic has tragically claimed thousands of lives and is set to have a far-reaching impact on us moving forward too.

SEE MORE: Video: ‘I don’t give a f*** about the nation’s morale’ – Danny Rose’s brutally honest view on return of football

Germany have undoubtedly been one of the countries which has both dealt with it incredibly well and have been hit less hard, and so a return to some kind of normality it set to be ushered in ahead of others while other countries around Europe slowly start to relax their lockdown measures too.

However, the Bundesliga returns this weekend, albeit behind closed doors which is to be expected, and so all eyes will be on the clubs in question as football-starved fans look to get their fix.

As seen below, Schalke have made their case as to why every Premier League club’s fans should support them for the remainder of the season, and it’s a truly exceptional bit of work from their social media team.

From Arsenal all the way down to Wolves, they’ve made their appeal to everyone and so it remains to be seen if it’s enough to see a surge in support when the football resumes.

Schalke currently sit sixth in the standings as they look to hold on for a place in the Europa League next season. They just might have a few more fans cheering them on in the remaining games to achieve that objective…

We have a reason for fans of EVERY PL club to support FC Schalke 04 for the remainder of the Bundesliga season! ?