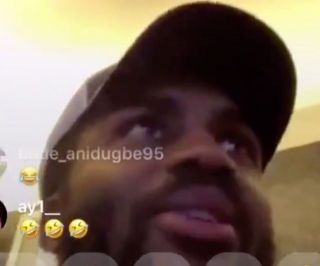 Danny Rose has offered a candid response on the return of football amid the ongoing coronavirus pandemic as the Premier League could restart in June.

After PM Boris Johnson outlined a plan to ease lockdown restrictions in the coming weeks and months, one of the big talking points for many people is when sports can return.

It’s likely to be behind closed doors for a significant period still, but many have argued that it would lift the country’s morale to have something to watch and keep them entertained if they are to remain under certain measures to help prevent a second spike of the outbreak.

However, Rose, who is currently on loan at Newcastle Utd from Tottenham, has given his honest opinion on the matter, and it’s a brilliant one.

As seen in the video below, the 29-year-old was discussing the current situation and insisted that he couldn’t care less about the country’s morale when lives are at risk still.

He’s clearly adamant that football shouldn’t be returning until the numbers have dropped sufficiently to suggest that the threat is past us, rather than risk it just to boost morale.

Time will tell what decisions are made from June 1 onwards, but for now, it looks as though Rose and the rest of his Premier League colleagues may well be preparing for a return to the pitch next month even if they’re not in favour of such a plan.

Danny Rose on return to football:

"The governments saying bring back football to boost the morale of the nation, I don't give a f*ck about the nations morale. Peoples lives are at risk!"

"Football shouldn't be spoken about till numbers have dropped massively. It's bollocks." pic.twitter.com/bdWBbTiZFR