At the time of writing, no one really knows how the end of the 2019/20 Premier League season will end up, but West Ham’s Mark Noble has suggested that one particular scenario would be a disaster for champions-elect, Liverpool.

The coronavirus pandemic has left everything open-ended, and though it seems unlikely, the possibility of making the season ‘null and void’ still exists.

If players decide not to play because they don’t believe the situation they will be putting themselves in will be safe, then it’s entirely possible that the Premier League will run out of time in terms of getting all of the games finished within a certain window.

“Morally I don’t think it’s right (to say the season should be null and void),” Noble said on Jamie and Harry Redknapp’s Home Fixtures, cited by the Daily Star.

“I think we’ve obviously all got to take into consideration the world we’re living in at the minute. But I think we should play behind closed doors when it is safe, I think we all understand that I don’t think we’re going to play in front of crowds this season.

“But I just think it would be an absolute disaster on Liverpool if that (null and void) happens. Because they thoroughly deserve to win the league this year and I just don’t think morally that can happen to be honest.”

Any decision to not award the Reds the title at this stage would certainly be incredibly harsh to all concerned.

Just a few points were required to seal their first top-flight title in 30 years, before the season was suspended, and given they’re so far ahead of the chasing pack, it would be almost impossible for them to be caught. 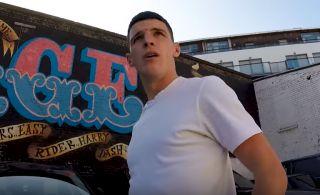