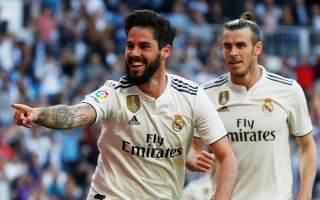 It’s not clear if Newcastle United have massive plans or if it’s just so easy to link them with every player going, but they continue to be linked with some impressive names.

The proposed takeover is still up in the air so a lot of the transfer stories seem impossible unless that happens, but Mundo Deportivo have linked them with Gareth Bale today.

Bale is having a bad time in Madrid and it does look like he’s not needed, but his wages will always be a problem or any prospective buyers.

The report suggests he’s currently on around €15m a season, but Newcastle would be willing to pay that on top of a €50m transfer fee, so you have to think Real would jump at that offer.

They go on to say that this could be dependent on Mauricio Pochettino taking over and Real might have to work hard to convince Bale to accept the move, so it’s not clear how likely it would be.

The Welshman turns 31 this Summer so it would be a shame if his final great years were simply spent in the stands picking up a wage, so it would be interesting to see how he would fare back in the Premier League.