Wanda Nara, the wife and agent of Mauro Icardi, will have raised a few eyebrows with a photo on her Instagram live feed.

See below for a screen grab of her son in an Arsenal shirt, which follows recent transfer rumours linking Icardi with a possible move to the Emirates Stadium. 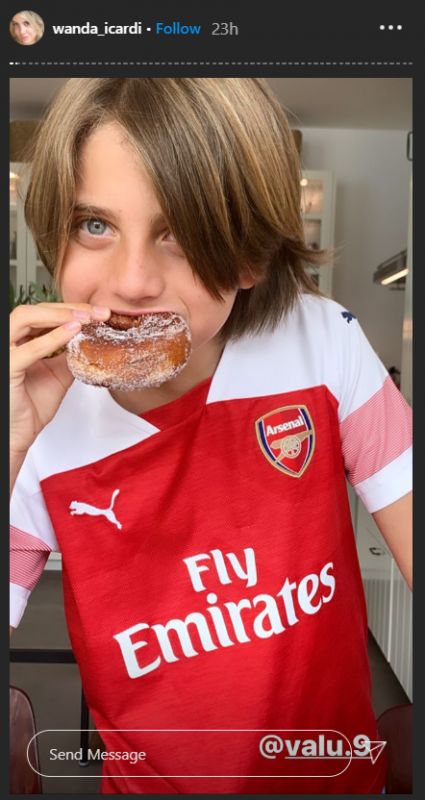 Calciomercato have claimed Icardi could be offered to Arsenal in exchange for Pierre-Emerick Aubameyang, who is wanted by Inter Milan.

It remains to be seen if the Gunners would want to take Inter up on that offer, but perhaps this image above suggests Icardi and his family could be keen on the idea.

This possible transfer hint is bound to get Arsenal fans talking, with Icardi potentially an ideal like-for-like replacement for Aubameyang up front.