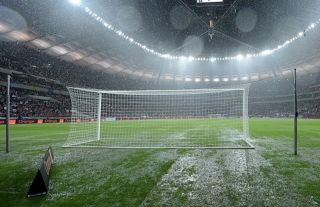 The Austrian Bundesliga and Czech First League are set to return from suspension behind closed doors.

The Austrian Bundesliga is set for a meeting between clubs and league officials on Wednesday to decide a restart date, according to the report.

The decision to restart their respective leagues comes after UEFA’s statement outlining that leagues across Europe should  “explore all possible options” to finish their seasons.

The Czech Republic and Austria haven’t been hit as hard by the coronavirus as other European countries like Italy, Spain, France and the UK and the two countries are set to follow the German Bundesliga in restarting their respective football leagues to finish the 2019/20 season.

Let’s hope the fact that more football seems to be returning can give the Premier League more hope of a comeback this summer, as well as providing useful examples of how it can be done safely.