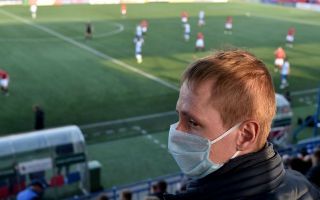 A study from the University of Manchester has suggested that as many as 25% of the UK population may already have had coronavirus.

There is still much to learn about the virus that is spreading across the globe at the moment, with some widely different estimates coming out on how widespread it has already been, or when it originated.

Still, countries that have done the most testing have shown that the death rate from COVID-19 is very low, particularly in people under the age of 65 or so, and it’s also been shown that many people have the illness without actually experiencing any symptoms.

This means it’s quite possible that the University of Manchester is accurate in its proposal that a quarter of the people in this country have already had it as many won’t have even known about it.

Of course, this means it can still be a hugely dangerous virus as people will carry on with their everyday lives and potentially spread it without realising, which in the long run would lead to more vulnerable groups picking it up.

Still, by this point it could also mean that a large chunk of the population have some form of immunity to the virus, as many in the scientific community suggest antibodies would stop you getting it again, or at least for a year or two.

Many footballers have raised their concerns about starting the season up again, and are of course justified in their anxiety in these challenging times.

While no one should be forced to play if they don’t want to, this study does perhaps suggest that the risk of getting the Premier League going again this summer is pretty minimal in terms of causing a second peak and contributing to overwhelming the NHS.

Let’s hope more similar data can come through as we learn more about this virus. Meanwhile, let’s keep an eye on the Bundesliga as it starts up again this weekend, with life returning to some form of normality in Germany.

“What do you think I’m going to decide? I can stay in Rome or go to the pouring rain of Merseyside to play for Everton? Please don’t ask me that one again.” – Edin Dzeko when asked about a move to Everton. Read more here.