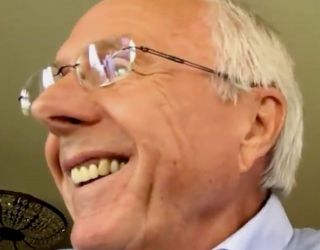 Former England boss Sven-Goran Eriksson was a guest on the Sky Football Show on Thursday, and he had the rest of the panel in stitches with one particular answer.

As has been the case throughout the coronavirus lockdown, guests on the show have been asked about who they would take to an isolation island if they could only choose one person.

SEE MORE: Schalke make case for why every Premier League fan should support them in epic Twitter thread ahead of Bundesliga return

The answers have ranged from former coaches to teammates and idols, but Eriksson decided to take a different approach.

As seen in the video below, when quizzed on the matter, the former Lazio, Man City and England boss, among many other jobs he had, asked whether he had to take a footballer or a fellow male with him.

That led to a priceless reaction as both Jamie Carragher and Jamie Redknapp can be heard cheering him on in the background    as they had a good chuckle over his answer. Eriksson had quite the reputation back in the day, it seems he’s still on the ball even now…

Sven-Göran Eriksson was asked who he'd take with him to a tropical island and, well… ?#SkyFootballShow pic.twitter.com/6rPN8Pdajn