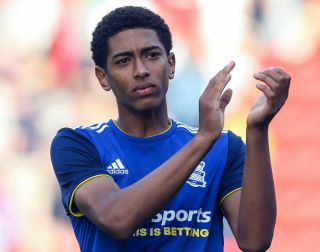 The competition to sign Birmingham City’s Jude Bellingham will almost certainly be fierce, but Manchester United have one ace up their sleeve which could edge them ahead in the race to sign the talented 16-year-old.

According to The Sun, Chelsea, Bayern Munich and Borussia Dortmund are all interested in the player, but it is the Red Devils that are willing to go one step further and sign the player’s brother, Jobe.

A year younger than his sibling, Jobe has already played for the Blues U18 squad and also represented the national team at youth level according to The Sun.

Though his capture for Manchester United’s academy may not be the sole decision that seals the deal, the fact that the Red Devils are willing to invest time and effort into developing the younger Bellingham, as well as potentially guaranteeing Jude a place in United’s first-team squad, will surely appeal.

Before any business can be done of course, the 2019/20 season has to be concluded. Once completed, and however it’s decided that the finale should come about, then the transfer window fun can begin in earnest.