According to the Sun, Manchester City are set to offer Gabriel Jesus a new contract worth £120,000-a-week amid interest in the striker from European giants Juventus.

The Sun claim that the Citizens value the 23-year-old at £100m, which isn’t surprising considering his impressive performances since officially joining from Palmeiras in January 2017.

As per BBC Sport, the Manchester outfit signed the Brazilian star for an initial fee of £27m plus add-ons, Jesus has proven to be a fine alternative option to Sergio Aguero.

City would usually be in a relatively safe position on the Jesus front, as the ace still has three years left on his contract.

The Sun add that City’s two-year ban from the Champions League and Europa League could impact the forward’s decision to re-sign with the side. 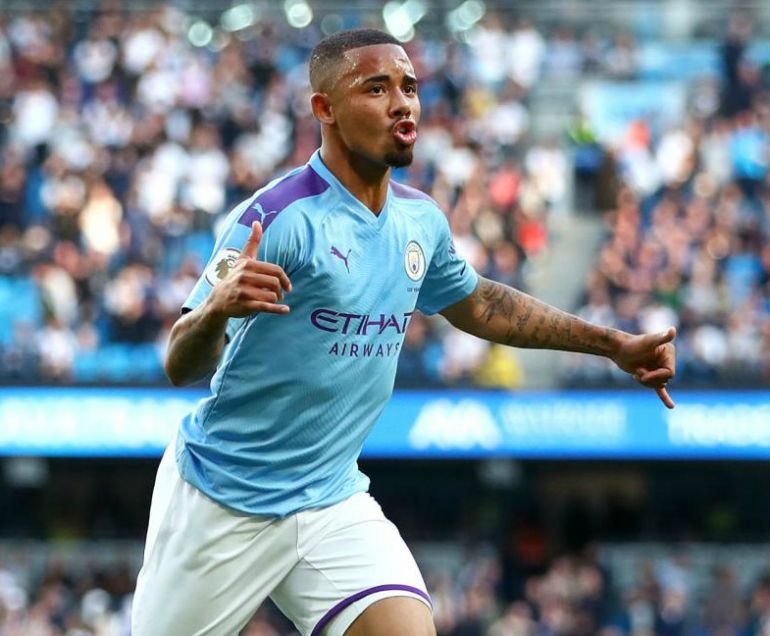 It’s claimed that Juventus were interested in signing the Brazil international when he burst onto the scene for Palmeiras, but Pep Guardiola’s personal influence on the deal saw the Turin outfit miss out.

The Sun report that Jesus currently earns £90,000-a-week and that City have a ‘good relationship’ with the striker’s camp.

It seems as though Jesus has been identified as the club’s successor to Aguero, whose contract expires next year.

There’s no doubting that the star is one of the most promising forward talents in the world, he’s already bagged 63 goals and 25 assists in 139 appearances for City – despite being the secondary option to Aguero during his time at the Etihad.

Jesus has been phenomenal this season, he’s scored 18 goals and provided nine assists – despite starting just 22 of his 38 appearances across all competitions this term.