Jurgen Klopp’s side hold a massive 25-point lead at the top of the table, the Reds only need six points to secure their first league title in 30 years.

The Reds’ hopes of lifting their first Premier League trophy were dashed when the season was halted due to the Coronavirus pandemic.

As it stands, there hasn’t been much speculation suggesting that the relevant governing bodies would cancel the rest of the season without crowing the Reds as champions – and rightly so. 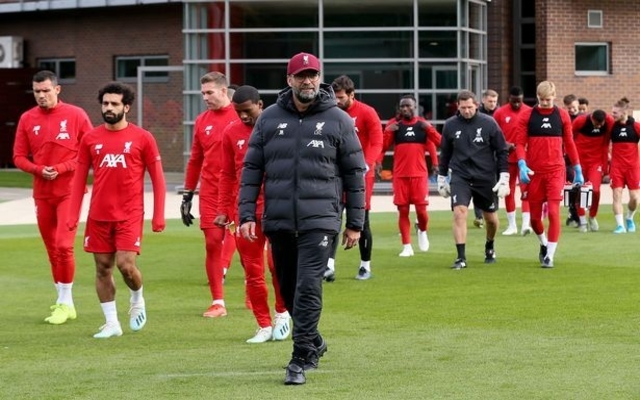 Liverpool have been absolutely sensational this season.

Here’s what Kane had to say to Good Morning Britain:

“The club is talking to the Premier League to try and find a way within the next couple of weeks to start training in small groups of four or five and to be tested regularly,”

“We want to see what the Premier League’s plan looks like and we will go from there.”

“I’m happy to start training in small groups if we’re allowed and to try and get back to some normality as soon as possible. I guess every player is different and they all have their own view.”

“It’s going to be a really difficult situation [playing without fans]. Liverpool deserve the title and to lift it without their fans will be a really strange situation.”

Kane also spoke about the prospect of playing with no fans in attendance:

“We haven’t been through a time like this in my lifetime so it’s hard to know what the right thing to do is,”

“The fans are a massive part of football. They make football what it is so it will be different to play without them.”

“I’ve done it before for England and it’s not the same. But if we want to finish the season we’re going to have to do that.”

Kane’s admission that football wouldn’t be the same without fans is spot on, but he’s also reminded supporters that them not being in attendance is the only way the season is capable of resuming.

Recent speculation has suggested that a return to action could come sometime around mid June, do you think that we should even be considering such proposals giving the current state of the crisis?