Tottenham reportedly hold an interest in Atalanta ace Timothy Castagne, although they’re certainly not the only team set to monitor his situation in Bergamo.

The 24-year-old has been a key figure for La Dea since joining them in 2017 from Genk, as he’s gone on to make 82 appearances while scoring eight goals and providing nine assists.

His versatility is undoubtedly useful, as while he is considered a right-back, he has also featured on the left side of the backline as well further up the field on either flank this season.

In turn, he could provide a number of solutions, although perhaps he’ll be eager to nail down a specific spot moving forward as he looks to add to his six caps for Belgium, while he’s scored two goals in those outings for his country.

It appears as though there could be quite the scrap for his signature if he does leave Atalanta any time soon, as Calciomercato report that Tottenham, Paris Saint-Germain, Inter, Napoli, Sevilla and Leicester City are all interested in him.

Further, it’s added that the Serie A outfit would demand €20m to green light an exit, as there are doubts emerging over whether or not he’ll sign a contract extension to his deal which currently runs until 2022.

Atalanta are said to have their sights set on possible targets of their own, and so it remains to be seen if that leads to an exit for Castagne, who seemingly won’t be short of options moving forward.

As per the Daily Mail last month, the right-back position is seemingly an area in which Jose Mourinho is keen to improve as doubts remain over Serge Aurier and Kyle Walker-Peters.

Castagne could emerge as a sensible solution as he has also gained Champions League football experience this year, but time will tell if one of those pair named above is moved out first before a swoop is possible. 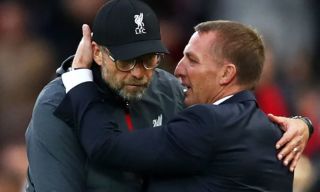