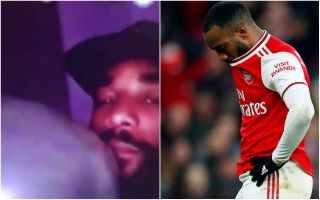 It must be a maddening time for clubs, as they try to deal with so many issues off the pitch as well as trying to keep on top of their players too.

That means keeping them in shape for a possible return, but it also extends to setting a positive example to the fans too.

We live in a time where certain parts of the UK are being offered no leadership in the crisis by the politicians, so having players act as role-models by setting a perfect example is an easy PR win for the club.

Unfortunately a number of negative stories have come out in recent weeks, and Sky Sports have reported on the latest one which involves Arsenal striker Alexandre Lacazette.

They confirm he’s been caught on camera inhaling something from a balloon, while also pointing out he was spoken to by the club in 2018 after a similar incident where he was caught inhaling nitrous oxide.

It’s not a good look for Arsenal, and the report confirms that the club will be dealing with Lacazette internally. It’s not clear what the punishment will be at this point, while they also state the player is yet to make a statement, so it’s worth keeping an eye on this.