The 16-year-old defensive midfielder looks a huge prospect and could be a useful signing for many top clubs in the near future, with a host of big names said to be interested in him, according to Football Insider.

MORE: Chelsea to get cash boost this summer that could help them beat Man Utd to £100million transfer

The report claims, however, that Chelsea seem to have moved ahead of their rivals in the running for Bogarde, and that could be exciting news for Blues fans.

The west London giants have done well to trust and develop young players under current manager Frank Lampard, and Bogarde could justifiably be tempted to move to Stamford Bridge in the hope of following the likes of Mason Mount, Reece James and Billy Gilmour into the club’s first-team.

Of course, it might still be some time before Bogarde is ready to make that step up, but he could be more likely to get his chance under Lampard than under Tottenham manager Jose Mourinho. 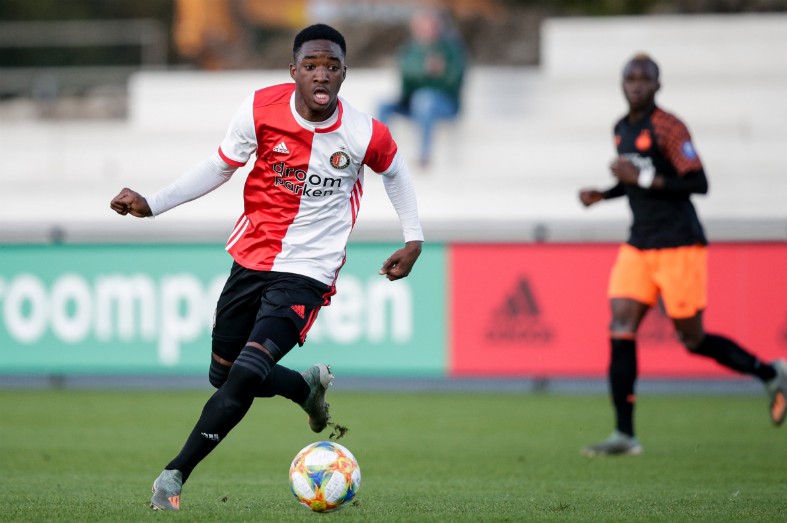 Lamare Bogarde in action for Feyenoord

Although Spurs have also done well to use youth in recent times, players could do well to look at Mourinho’s personal record in that department.

The Portuguese tactician has long preferred big-name signings or even short-term deals for players past their peak instead of promoting youngsters, so a move to Tottenham might not be the best career move right now.